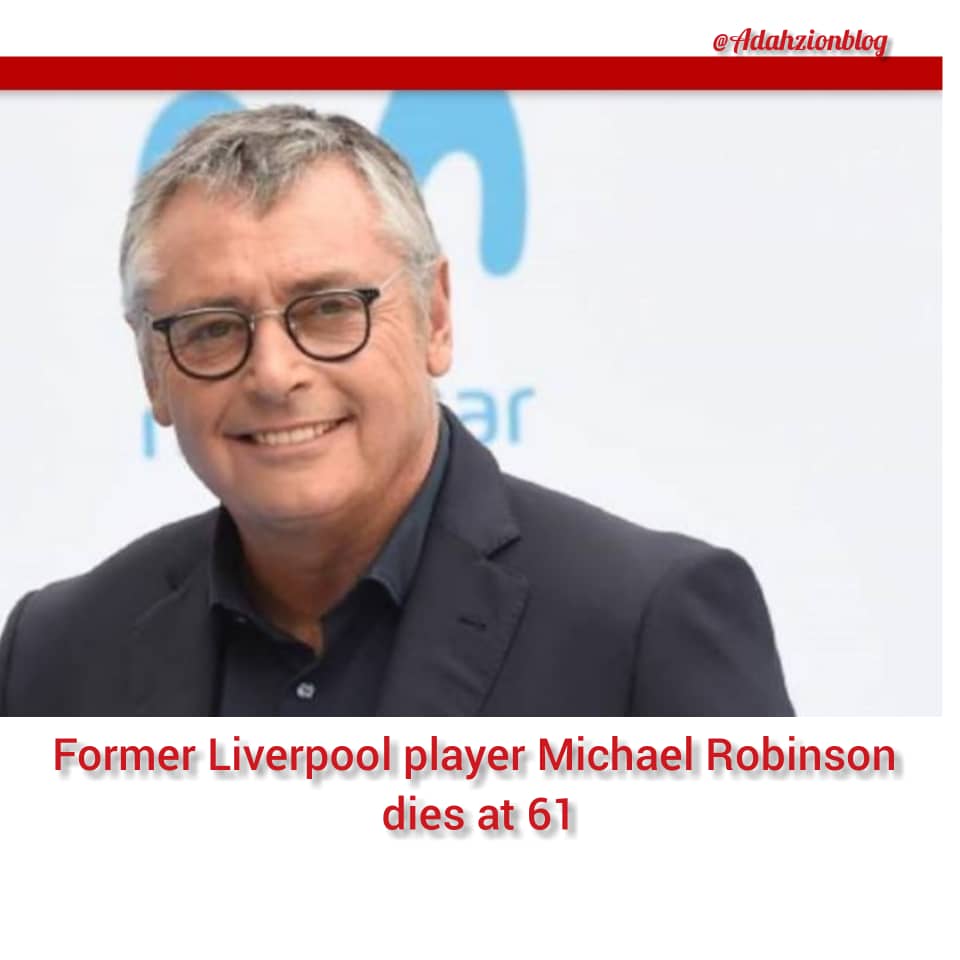 .Liverpool’s former Republic of Ireland striker Michael Robinson, who became a well-known commentator in Spain, has died aged 61, his family announced on Tuesday.

Robinson, who settled in Spain after his retirement and had an extensive media career, succumbed to cancer first diagnosed in 2018. He passed away at his home in Marbella.

He was part of the Liverpool squad that captured the league, League Cup and European Cup treble in 1984.

“With tremendous sadness we inform you of Michael’s death,” his family announced on Twitter.