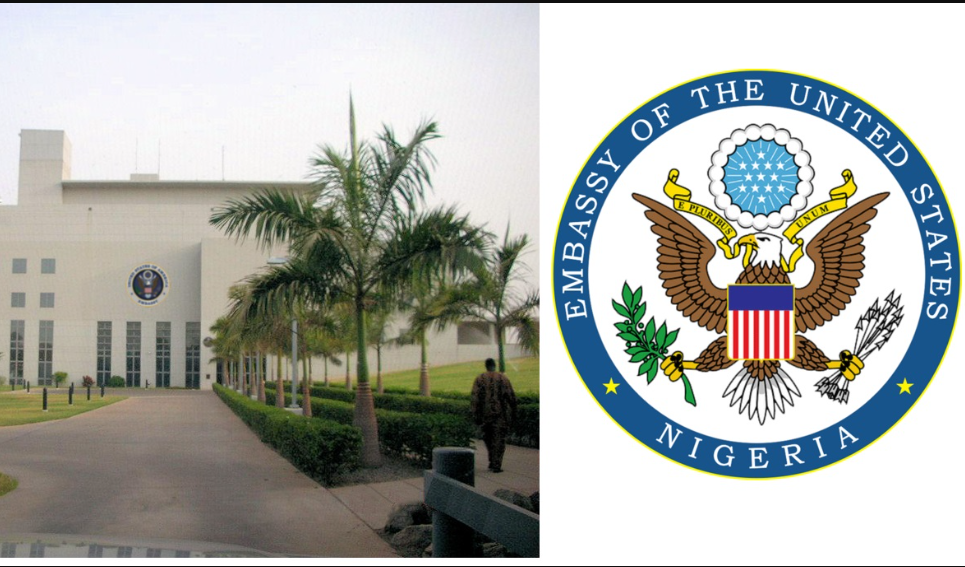 The USA Embassy in Nigeria has issued a warning to its citizens against visiting its consulate office at Walter Carrington Crescent in Victoria Island, Lagos, over a planned protest on the killing of a black man by a police officer. The planned protest was supposed to happen today June 3rd.

The warning comes after some Nigerians stormed the US embassy in Abuja on Tuesday, to protest against the murder of George Floyd, and also called for an end to racial discrimination and injustice. In an alert published on its website, the US embassy advised its citizens to be aware of their surroundings and avoid areas surrounding the US consulate office building.

“The U.S. Consulate General in Lagos has received reports that demonstrators plan to gather in front of the Consulate on Wednesday, June 03, 2020, to protest current events in the United States, Even demonstrations intended to be peaceful can turn confrontational and possibly escalate into violence. Avoid the areas of Walter Carrington Crescent, the U.S. Consulate General office building, and surrounding areas. Avoid demonstrations and large crowds. Be aware of your surroundings. Monitor local media for updates. Carry proper identification, including a U.S. passport with a current Nigerian visa. Review your personal security plans. Wear a mask when in public spaces to protect yourself and others from the spread of the COVID-19 virus.” The statement read.