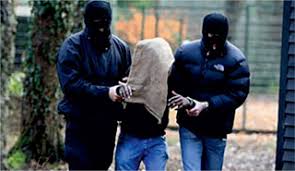 The kidnappers who raided the lawmakers house in kore village on Sunday by 2am said they took his daughter away because they did not find him at home.

“I was in Kano when I received a call from home by 2.30am. I learned that kidnappers had abducted my daughter, Juwairiyya.

“The abductors invaded my house and tied up my elder brother, Lawal Kore, whom they had mistaken for me.

”However, when he told them that I wasn’t at home, they told my wives and children that they were there to kidnap me and were not ready to leave empty-handed.

“They, therefore, took my daughter instead of me,”

However, the kidnappers are yet to contact him fo any ransom, and efforts to reach the DSP Kano State Police Command has proved abortive as his mobile number is not going through.

ALSO READ:  BBNAIJA: 'If Kiddwaya Wins The Cash Prize, Erica Would Get Half Of It''- Terrywaya(Kidd's Father)