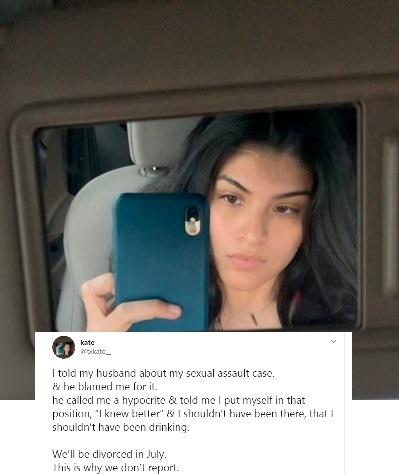 A lady identified as kate has announced plans of divorcing her husband for blaming her after she shared her sexual assault case with him.  she disclosed that they will be getting divorced in July, said her husband called her a hypocrite and accused her of putting herself in that position after she shared the story with him.

it’s just crazy because the one person I thought would be there for me turned out to be the complete opposite.

ALSO READ:  Police Kill Unarmed 22-Year-Old, Who Was On His Knees With His Hands Up In California