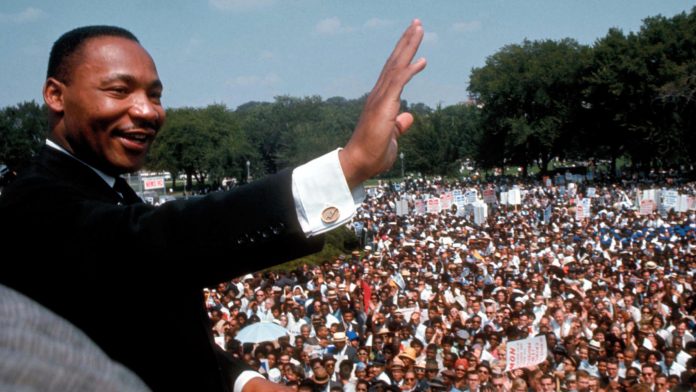 he was a baptist minister who advocated the use of nonviolent means to end racial segregation, he first came to national prominence during a bus boycott by African American in Montgomerg, Alatana in 1955.

He was instrumental in nthe passage of the Civil Right Act of 19964, which outlawed discrimination in public accomodations, faclities and employment and the Voting Right Act of 1965.

Martin was awarded the Nobel Prize for Peace in 1964.