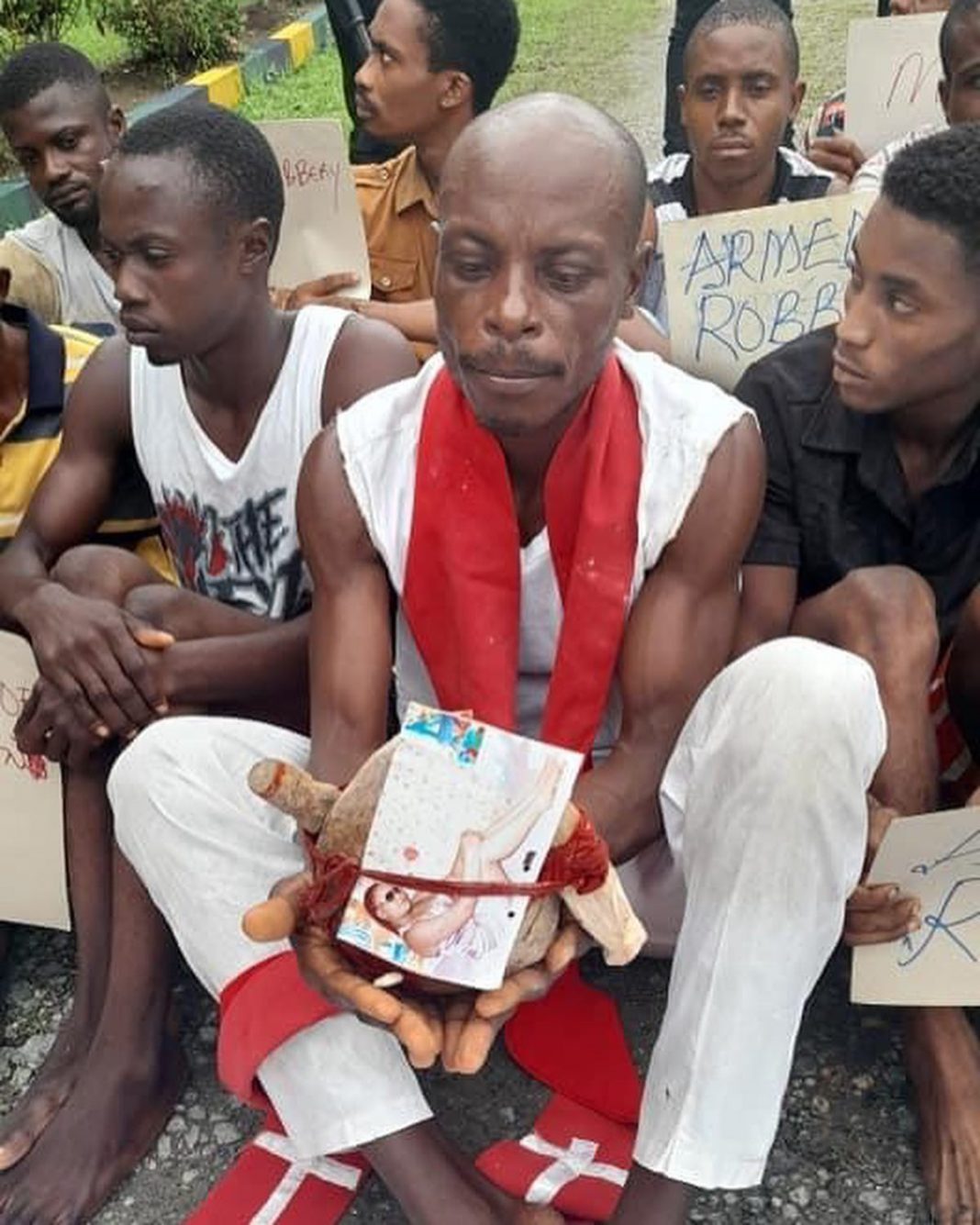 A Pastor identified as Michael Bassey, 45 a Pastor of the United Evangelical Church in Cross River has allegedly being caught with a human skull.

According to Mr Sikiru Akande , the Commissioner of Police in the state, he was arrested at No. 56 Uwanse by Asuquo Ekpo Street in Calabar South.

“The suspect was arrested with one human skull tied with the complainant’s picture and carved human image with red clothes.

“Investigation is still ongoing and the suspect will be arraigned in court.”

The suspect trying to justify himself before newsmen said;

“I don’t know anything about this human skull. I am innocent of the charges against me. my mother gave me Bible and garment as a young boy, then I started helping people by liberating them from various curses and enchantments,’ he said.

“I started by liberating my family who always “sacrificed” their male children for the female ones to survive, I broke that covenant and I have been liberating people in Cross River and beyond, I am not a killer, I only help people.

“I am not a herbalist, I am a prophet, I was ordained at a Church ( names withheld)at Azikiwe Street, Calabar by my spiritual father. After I liberate people, they come back and show appreciation, I am not a native doctor ”