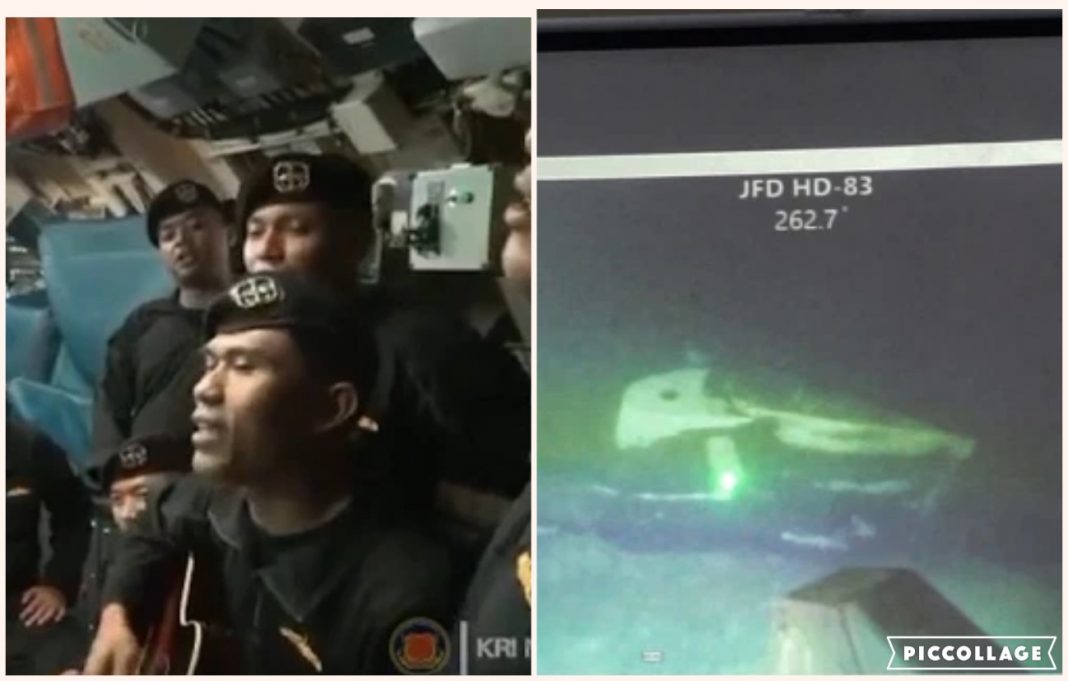 An appalling video shows the group of the bound Indonesian military submarine singing onboard only weeks before the ship sank.

The clasp shows a portion of the 53 mariners on the vessel grinning as sang the well known Indonesian hit “Sampai Jumpa” on his guitar.

The tune title interprets as “farewell” or “until we meet once more”.

Just a short time after the lovely scene was shot, the KRI Nanggala-402 sank to the seabed, killing every one of the 53 on board.

The video was delivered by Indonesian military bosses as more parts from the submarine were recovered, including an anchor and fluorescent orange wellbeing suits for crises. The revelation came a day after the naval force previously affirmed it discovered pieces of the vessel and pronounced that it had sunk, successfully finishing any opportunity of discovering survivors.

A global hunt and salvage exertion including airplane and specific maritime vessels had attempted to beat the odds to track down the submarine in the event that it was as yet unblemished and before oxygen ran out.

Shockingly, on Sunday April 26, four days after the submarine was pronounced missing, military boss Marshal Hadi Tjahjanto affirmed the Nanggala had sunk and every last bit of it group had kicked the bucket.

He said: “With profound misery, I can say that every one of the 53 work force locally available have passed. We got submerged pictures that are affirmed as the pieces of the submarine, including its back vertical rudder, secures, external pressing factor body, decorated jump rudder, and other boat parts.

“With this valid proof, we can pronounce that KRI Nanggala 402 has sunk and all the team individuals are dead.”

The following is a video of the group individuals singing a farewell tune before their demise.