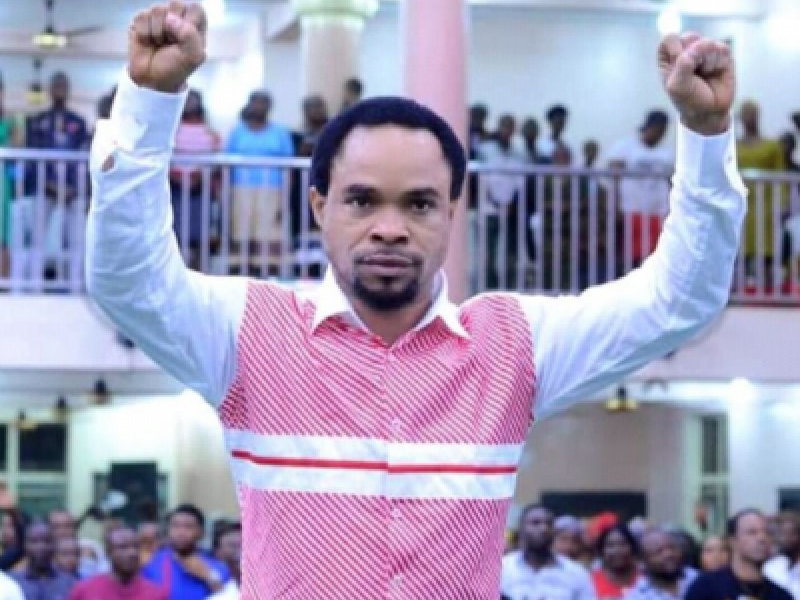 Notwithstanding the blasts and lambasts that have been witnessed by Prophet Odumeje over Ada Jesus’ death, the pastor has summoned the courage to rain another curse on a man who accused him of being the cause of Ada Jesus’ death.

The media bout began when a netizen called him out and blamed him for the death of the comedienne, the social media user further said that God won’t forgive him for what he did to Ada Jesus.

Reacting to this, the prophet who got infuriated by such a statement asserted that he will not live to see the coming year (2022) and further issued a challenge by asking him to mark the unfriendly exchange date.

See the screenshot below: