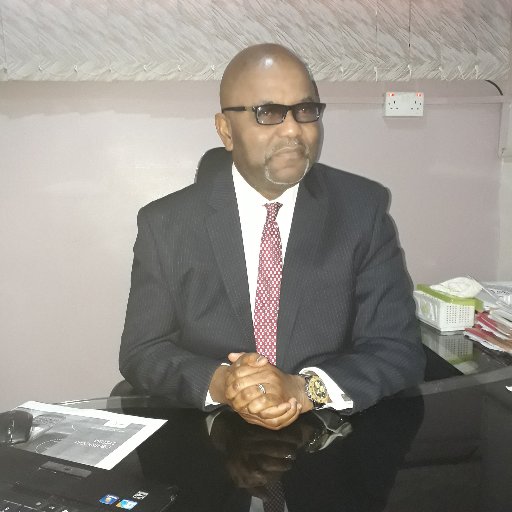 SAYS HE IS THE MAN WHO CAN HEAL THE WOUNDS OF THE LAND!
Now that the nation gradually reaches closer to the 2023 presidential election, there has been political re-engineering and permutations going on across every part of the country.

The latest to join the on-going conversation on the 2023 presidency, is the fast-rising Lagos billionaire and top socialite, Mr. Adewale Gomez.

For keen political followers in Lagos and the entire South West, Adewale Gomez does not need any formal introduction.

The amiable and handsome-looking business guru and management expert have in recent times been the most sought-after politician in Lagos and a formidable force to reckon with in the ‘political chess game’ in Lagos and the whole of South Western region.

Recently while fielding questions from anxious journalists who are always on his trail on the 2023 Presidency, Mr. Gomez, without mincing words said he stands ‘shoulder to shoulder with Atiku Abubakar, former Vice President of Nigeria and PDP Presidential flag-bearer in the last presidential election.

“His Excellency, Atiku Abubakar undoubtedly remains the best option for the 2023 Presidential race. He is a naturally born leader who understands the political trajectory of this nation. Any option outside Atiku will put the nation back on reverse gear and will further deepen the economic woes of the people of this country.” Gomez emphatically declared

ALSO READ:  The Oyo State Government has strongly denied insinuations that it is responsible for the delay in burying the immediate past governor of the state, Ajimobi

To further substantiate his claims, Mr. Gomez reeled out several of Atikus’s outstanding achievements both as a private businessman and a public office holder.

Gomez revealed that unknown to the vast majority of Nigerians, the banking consolidation under Prof Charles Soludo as CBN Governor was largely successful because of the political backing from Atiku as the then Vice President.

He said Atiku also oversaw the telecoms revolution which has today made it possible for more than 150 million Nigerians to have access to mobile phones.

As vice president, Gomez added, that Atiku was instrumental in assembling what was arguably the best Economic Team ever in Nigeria.

He emphasized that the Economic Team was made up of young, world-class professionals some of whom are now political leaders, governors, and world leaders in their own right

Going further, Gomez said Atiku in his home state of Adamawa has created over 50,000 direct jobs and 250,000 indirect jobs, adding that Atiku remains the largest private employer of labor in Adamawa state, second only to the state government.

“Atiku has a proven record of bringing young, unknown professionals into public service and many of such professionals have always turned around the fortunes of the country in any capacity or responsibilities that is entrusted to them. And they have always served diligently” He further said

ALSO READ:  Death Of Black American Man Who Said 'i can't breath' While Being Handcuffed By Police In March, Tagged As Homicide,

Mr. Wale Gomez described Atiku as a “Thinker and a Doer”. Who does what he says. And who is also highly imbued with great wisdom and exceptional knowledge which is lacking in most politicians of today?

He said Atiku represents the humanity we sought in this country. He understands the Nigerian people and the political terrains of the country.

A completely detribalized man, humble, kind, and a perfect instrument for the restoration and rebuilding of Nigeria. Hate him or love him, Atiku represents the quintessential leader the country urgently needs now in a post-oil and COVID-19 era.

Mr. Gomez said he will be deploying his full political arsenal of the ‘Re-Build Nigeria Initiative” for an Atiku presidency in 2023, stressing that he is ready to ‘swim to live or die’ with Atiku no matter the circumstances

The Re-Build Nigeria Initiative, it will be recalled took the whole South West by storm when it was launched by Gomez years back in support of Atiku in the build-up to the 2019 presidential election.

The group became so formidable that it almost turn around the political trajectory of the entire South West with Gomez leading in the front.

The political potency of the group became the envy of other opposition parties who are today wooing Wale Gomez to join forces with them.

ALSO READ:  COVID-19: There Is A Noticeable Decline In The Spread Of Coronavirus- PTF

Indeed, the coming political dispensation will be full of excitement and surprises with the like of Wale Gomez leading the pack !!