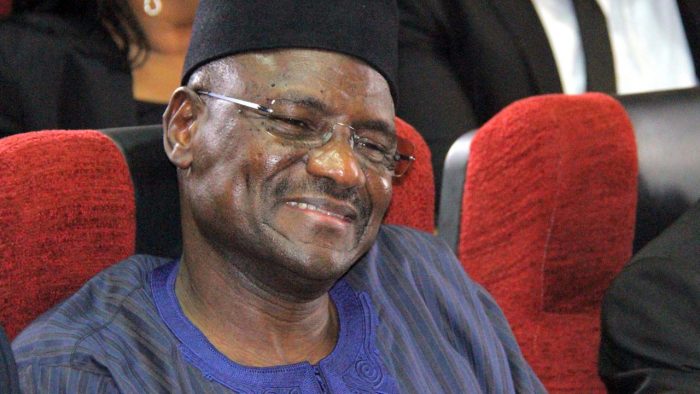 On Thursday, March 25 the Federal Government remitted the sum of one million dollars recovered from the home of an ex-chief of Air Staff, Air Commodore Umar Mohammed residence to a Federal High Court in Abuja.

Umar Mohammed was arraigned on a three-count charge bordering on money laundering, illegal possession of firearms and possession of official documents without lawful authority alongside alongside his company before Justice Inyang Ekwo.

Speaking on the recovery process, a DSS agent who appeared as a witness in court stated that three bags were recovered from the home of the ex- Chief of Air Staff and that each bag was labelled A,B,C.

According to him, the three bags contained U.S dollars, Barbados dollars and Naira notes etc

The bags of money have been kept with the Central Bank of Nigeria pending further order of the court.