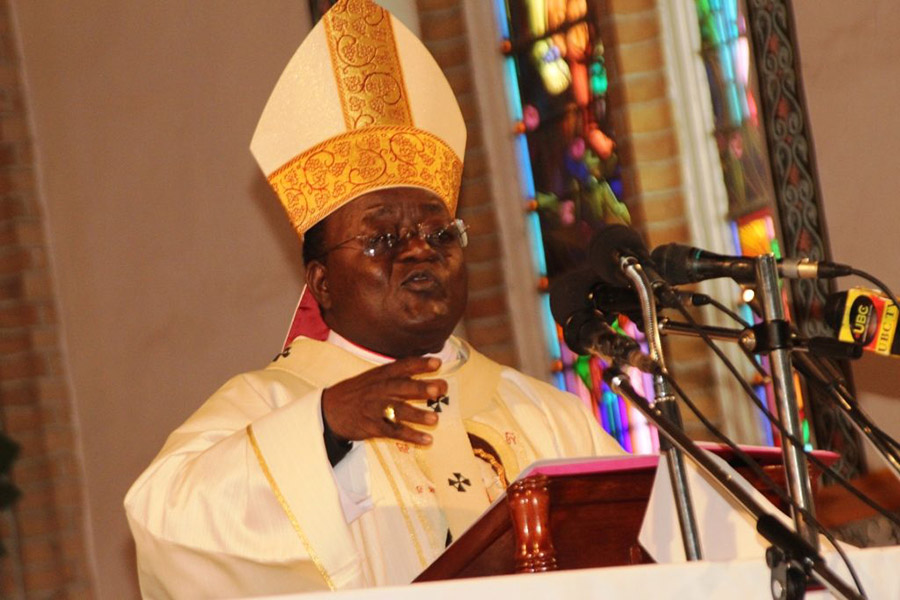 According to reports, he was found dead on Saturday, April 3, 2021.

“With deep sorrow, I hereby inform you that our beloved Shepherd, the Archibishop of Kampala Archdiocese, His Grace Dr Cyprian Kizito Lwanga has been called to the House of the Lord. The Archbishop was found dead in his room this morning. We pray that the Almighty and Merciful God may grant him eternal rest. Further arrangements will be communicated later,”

The deceased was misinterpreted in December last year when he called for the postponement of the 2021 election for three years, to be able to curtail the spread of the coronavirus.

However speaking during a good friday sermon in April 2018, the deceased said:

“A few days ago I got a telephone call and on the the telephone you can see the number of the person but it had ‘private’, so I didn’t know [who was calling]. This person had an accent from western Uganda and this is what he told me. That ‘there are many lies being told to the president’. Two, that ‘even members of these organisations have recruited your priests, your sisters, your brothers, even catechists and even seminarians.’ And I said, ‘what?’

“Even this man [anonymous caller] told me last week that be careful my Grace. You might be the next [Janan] Luwum. I said my goodness! If God wants me to die that way, I will. But if I am going to die for wrong accusations, that is criminal. You know for murdering people there are two things; you can shoot a person over what they call character assassination. So some members of ESO, ISO, CMI etcetera, they are character assassinating people and that is not good. But fortunately, those of you who are believers, there is still in a period of lent which are concluding tomorrow…I kindly call upon you to repent and stop telling lies.”