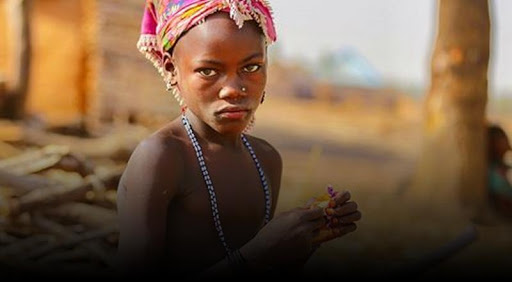 The Kambari people are from a rural community in Niger state where the people go about naked.

They are a forgotten tribe satisfied with their simple way of life and their lack of governmental support for a sustainable community.

These people neither speak English or Hausa but they speak their language which is Kambari. Nudity is part of their culture and it was passed on to them by their ancestors and they are not willing to change it.

When the women go to the market to sell their products, they only use a wrapper to cover the lower part of their bodies, also the men. While their only means of transportation is the Donkey.

These Group of people believe in witchcaft and magic so much, they are neither Christians nor Muslims but are pagans who worship a god called Magiro.

5 Things You Never Knew About The Babur Bura People

3 Streets In Lagos That Operate Round The Clock