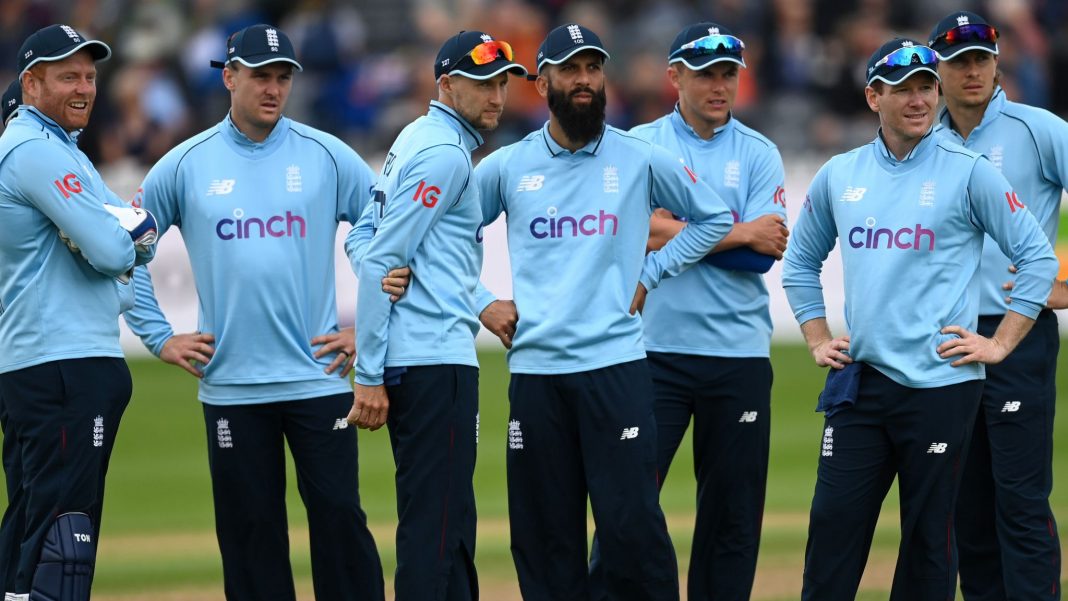 England secured a 2-1 series victory over Pakistan with a nail-biting three-wicket win in a thriller at Emirates Old Trafford.

Having been set 155 to win, Jason Roy smashed 64 from 36 balls to set the hosts on their way but he fell in the 11th over and with the pitch becoming increasingly tough to bat on, Pakistan’s spinners took hold, wickets fell and the tension built before England crept over the line with two balls to spare.

Despite facing only two balls, player of the series Liam Livingstone made a telling contribution for the third game running, coming in with 12 needed from eight balls, he hammered his first ball for six.

ALSO READ:  Zlatan Ibrahimovic And Romelu Lukaku Fined £7,000 For 'Unsportsmanlike Conduct With Provocative Expressions' During Their Milan Derby Beat Down