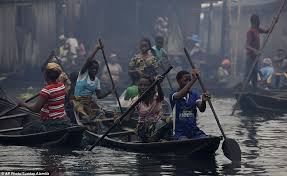 It was gathered that five villagers who heard of Bandits attacks in a nearby village, boarded canoes out of fear to go across the river for safety.

The villagers who were said to have drowned at the Gurmana river in Shiroro local government area of Niger state, are said to include three women and two children.

According to Sani Abubakar Kokki,Co-convener of Concerned Shiroro Youths, it is a normal thing for the villagers to flee from their villages when there is a bandit attack in a nearby village.

“The incident occurred last night, a canoe conveying locals who were fleeing from terrorist attacks capsized. Some of the passengers onboard drowned”

He said none of the drowned victims have been found, and that a search has been launched for the victims.