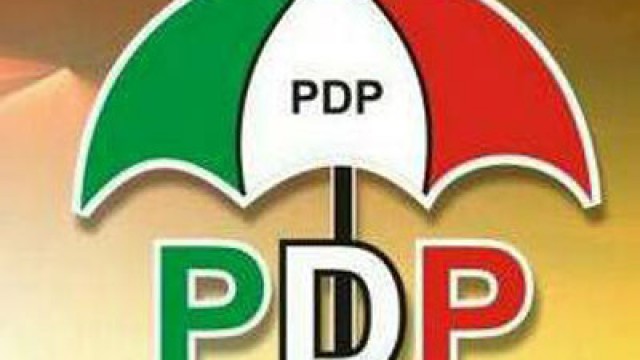 According to reports, the suspended persons are said to be part of a delegation that paid a visit to former Ekiti Governor, Ayo Fayose, to solicit support for a chieftain of the party, Eddy Olafeso, who aspires to become the Zonal Vice Chairman of the party in the South-west.

The party’s spokesman, Kennedy Peretei who stressed that their suspension was in line with Section 58 (1)(a)(b)(f) and (h) of the Party Constitution (2017 as Amended), also denounced the visit to Mr Fayose amid the division in the party along the support lines of Mr Fayose and the Oyo State Governor, Seyi Makinde.

“By this decision, they are expected to stop parading themselves as members of the party. All organs of the party are to take note in this regard.

“They stand suspended until the outcome of the report of the State Disciplinary Committee.”

“In accordance with the provisions of our constitution (2017 as Amended), another State Elders Committee will be constituted in due course.

“We also want to put it on record that, the State Executive Committee of the PDP in Ondo State did not send any delegation to anywhere to represent the Party.

“Whoever lays claim to such is an impostor and does not represent the opinions of our teaming supporters in the State.”

However reacting to the suspension, Fadaka alleged that it ”was part of the dirty politics to keep him away from clinching the position during the congress”.

“Fayose is supporting us but governor Makinde is not, so they decided to suspend me indefinitely so that I cannot be elected.

“I did not do anything. I am not a person who will be involved in anti-party activities, it is just to keep me from being elected.

“No reason other than a blanket tag of anti-party activities have been established by them as the basis for this step.”