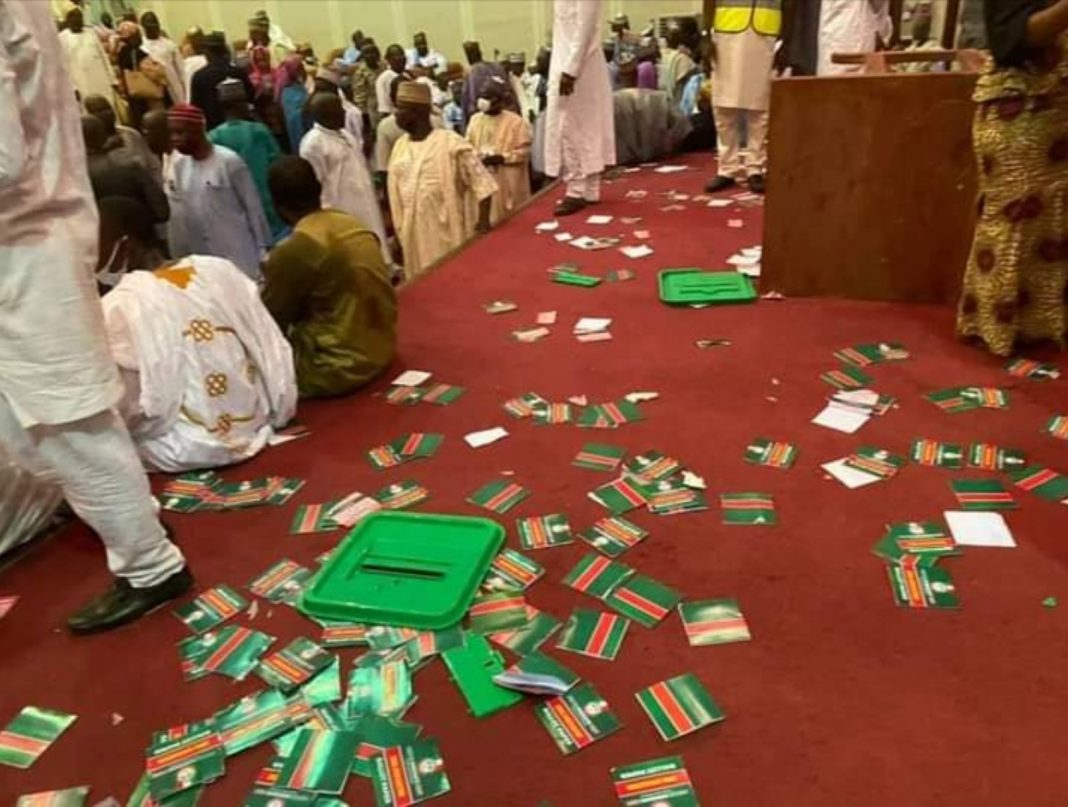 The zonal congress for North West zone organized by the Peoples Democratic Party in Kaduna ended in confusion.

According to reports, there was a major confusion after supporters of major contenders for the position of National Vice Chairman of the zone had an altercation.

Alot of people were forced to flee after thugs took over the venue just before the voting was to begin, and they snatched and destroyed ballot boxes.