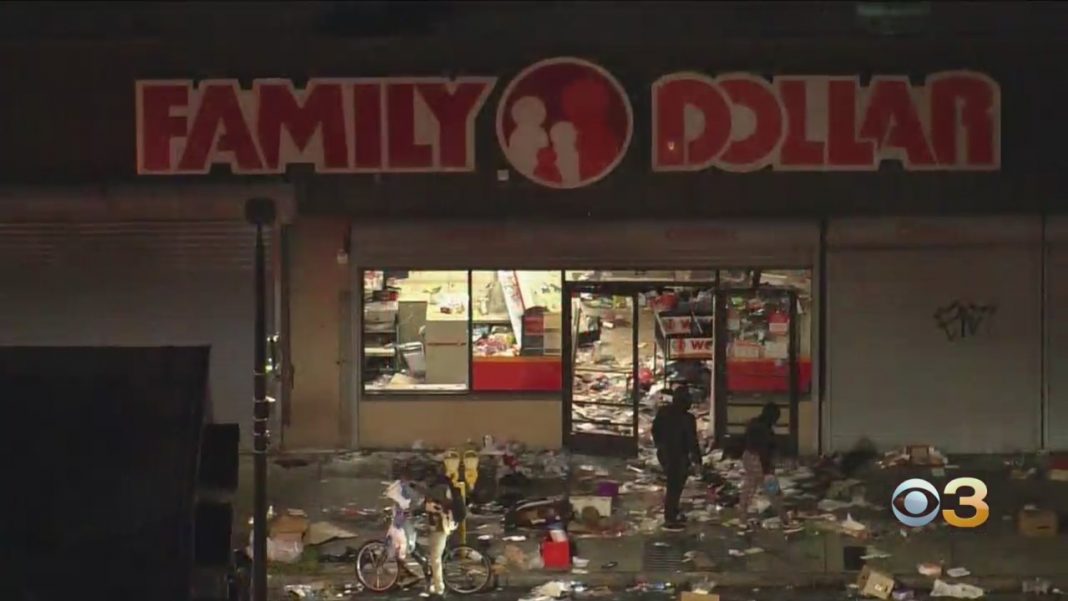 Protesters loot shopping mall during a protest in Philadelphia
.
.
Residents have taken to the streets since Monday, October 26,2020, to protest the death of a black man, Walter Wallace Jnr. who was reportedly killed by Police officers in Philadelphia.
.
.
Investigations are however ongoing to unravel why he was shot as seen in a video that has gone viral. However, since the protests started, bands of looters have taken advantage of the situation to break into several shopping marts,whisking away several items across the city. 📹PrestonNews