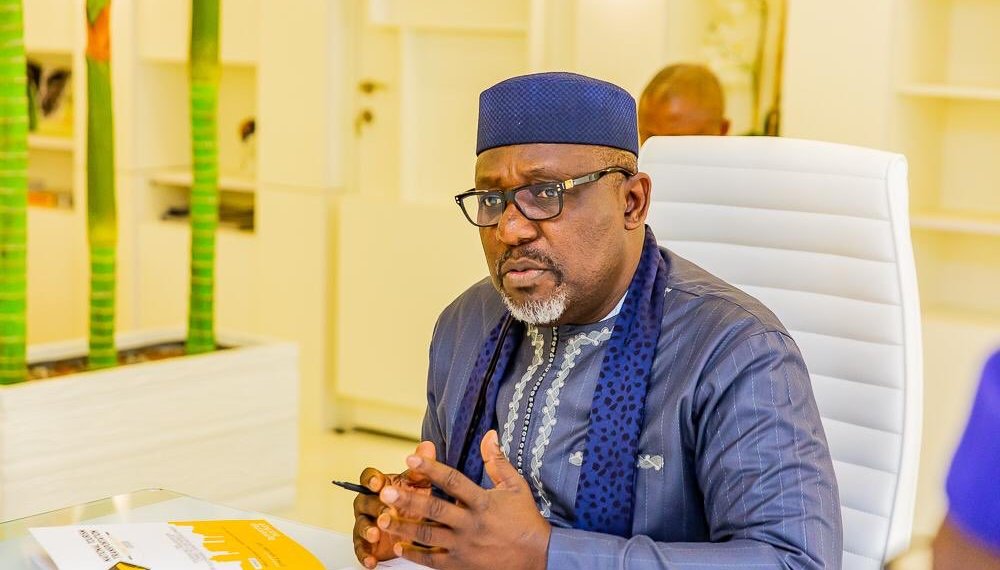 Former Imo State Governor, Rochas Okorocha who was arrested by the the Economic and Financial Crimes Commission (EFCC) on Tuesday, April 13 is still under custody.

The former Governor was arrested to be questioned over a N7.9 billion alleged fraud perpetuated when he was governor of the state.

According to a source from the EFCC:

”The former governor has been undergoing interrogation in the last 24 hours. He has not been admitted to bail. There are a lot of transactions which he ought to clarify.

So far, he has been cooperating with our team. He might need to go through some documents and give his own side.”