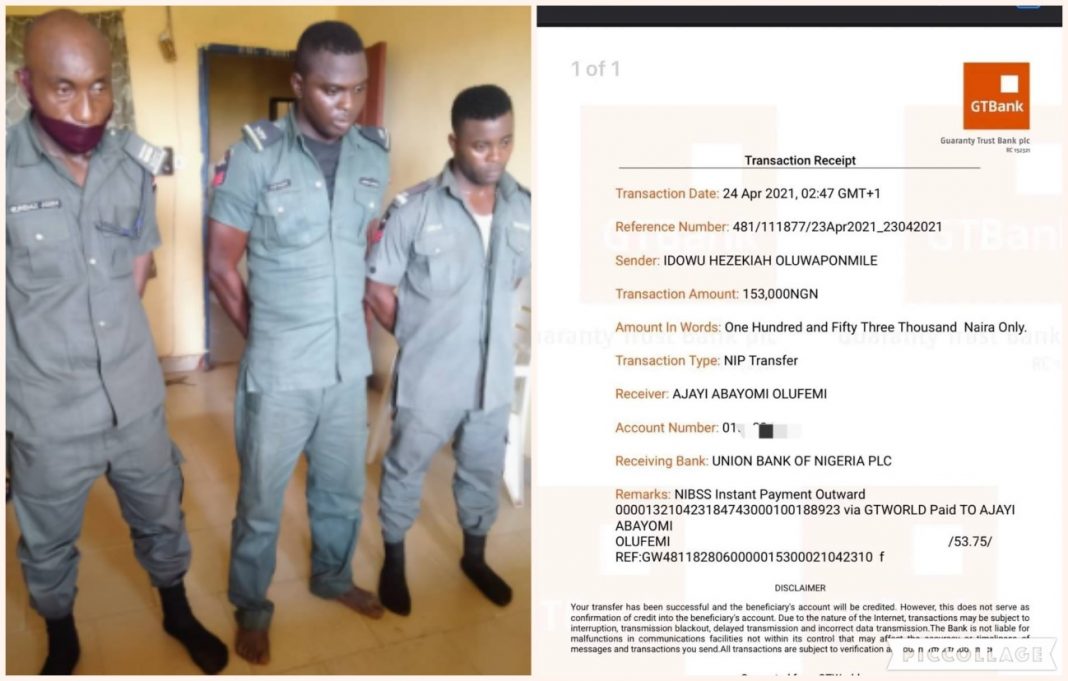 Three cops who joined the Ogun state police order have been dismissed from the service after they were discovered blackmailing One hundred and 53 thousand Naira from one Sheriff Adedigba.

An assertion from the police order’s representative, DSP Abimbola Oyeyemi, says the three cops specifically Inspector Sunday John, Sgt Jimoh Asimiya, and Sgt Solomon Adedapo, were affirmed to have strongly blackmailed the said sum from the person in question while he was making a trip from Abeokuta to Lagos.

Oyeyemi said having caught wind of the episode via web-based media, the state’s chief of police, Edward Awolowo Ajogun, requested the quick capture and confinement of the officials associated with the devious demonstration. The three cops were immediately recognized and captured. Read here

He said the cash was recuperated from them and got back to the person in question.