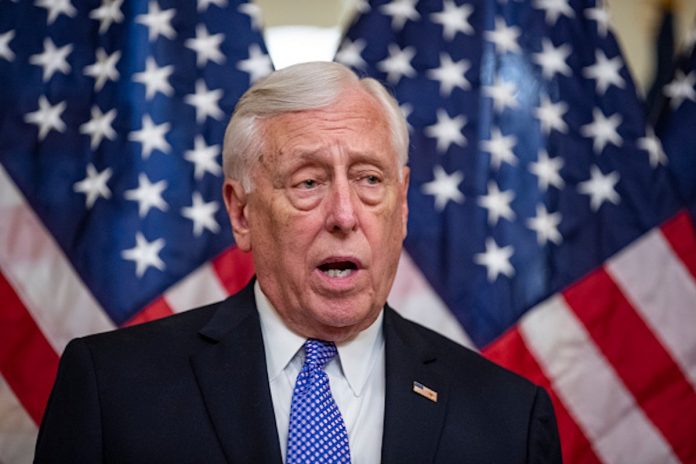 House Majority Leader Steny Hoyer was asked by a reporter this morning if the House will send the article over immediately to the Senate and Hoyer said “yes.” He didn’t give any specifics on timing.

Hoyer told reporters late last night that the article won’t be held back by the House and the “presumption is within a very short time” it will be transmitted to the Senate.

Some context: With the Senate out of session, that would very likely mean the trial would start in the first days of Biden’s term unless Mitch McConnell agrees to bring the chamber back.

His office has not commented on Senate Minority leader Chuck Schumer’s proposal to bring the chamber back early, but the expectation is that the trial won’t begin before Trump leaves office.