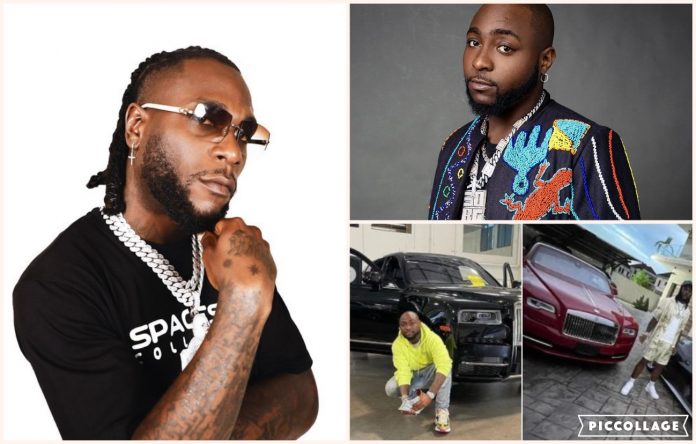 As fans continue to compare both superstars on and off social media, the competition between Davido and Burna Boy is sure to heat up.
Though they’ve been consistent in releasing hit singles and albums, the debate over who is more successful has raged on, with their crew members always eager to weigh in.

Davido debuted the new whip a few days ago, eliciting responses from admirers on social media.
Manny, on the other hand, revealed in a recent Instagram story post that Burna Boy’s automobile, which has been

“I’ve Been Telling You For A While Now, That Girl Is Insane” – Vee Sneers At Nengi, Who Reacts

“My Microwave Has Enough Money To Buy Davido’s Car And Still Have Change.” – NBA Geeboy And Singer Brags