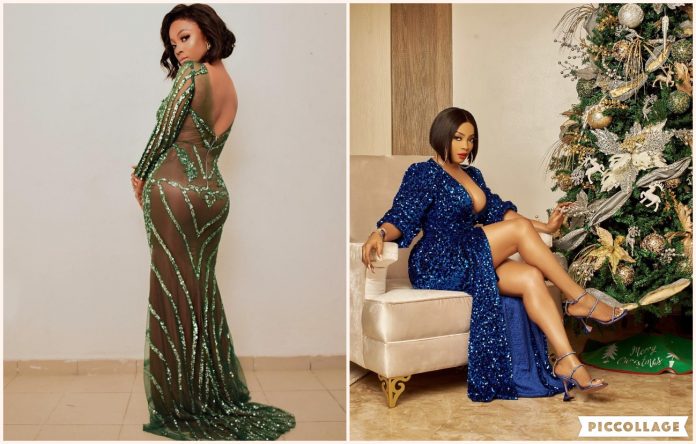 Toke Makinwa, a media personality, YouTuber, and businesswoman, has revealed that obeying the 10 commandments has been simpler as she has gotten older.

Toke turned to Twitter to say that she’s always honest with herself and hasn’t been dishonest recently for any reason.

This is why, according to the YouTuber, she can’t deal with a man who is inconsistent.

“As a woman in space/stage I’m at now, there’s nothing I find more attractive in a man than consistency, that “do as I said I would” energy is so admirable, I fuck with that.

The truth is we as you grow older you’ll realize how much easier it is to be straight up with yourself first, I hardly tell lies these days cos, to be honest, no one is feeding me, I don’t need to waste my own time sugar-coating words or not matching energy, everyone will be ok.

To keep the 10 commandments these days is easy, I don suffer plenty on earth pls I can’t risk going to hell for anybody. It is either Yes, No, Maybe – I’ll see what I can do (communicated) or sorry it’s not a good time right now for this. I’m an adult, no need for games”.

As a woman in the space/stage I’m at now, there’s nothing I find more attractive in a man than consistency, that “do as I said I would” energy is so admirable, I fuck with that.

DJ Cuppy Tells Fans Placing Pressure On Her, “I’m Not Going To Fall In Love Because I’m Lonely.”

Adekunle Gold Reacted As Simi Discloses Her Impregnation Of A Photographer

What Happened Between My Brother, Seun Kuti And Sanwo-Olu Governor Yeni Kuti Opens